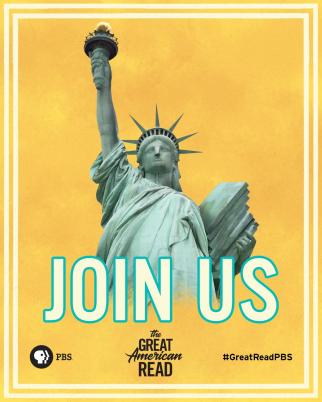 As a librarian and an author, books have played a big role in my life. When I heard about the Great American Read, an outreach campaign by PBS that aims “to get the country reading and passionately talking about books,” I was excited to participate in this endeavor. I organized a display in my library of some of the 100 titles that were nominated and will be voted upon through the summer. These books range from classics such as Jane Eyre and Pride and Prejudice to contemporary works like Gone Girl and the Da Vinci Code. Childrens and Young Adult books as well as Science Fiction, mystery, and Horror tales are represented.  In addition, the complete Harry Potter series and James Patterson’s Alex Cross mysteries are listed with a few other multi-book sets.The title receiving the most votes will be announced in the fall. During the voting period, PBS will run a series featuring a discussion about the novels by celebrities, authors, and book readers across the nation. The launch episode, hosted by Meredith Vieira, can be viewed on the Great American Read website where you can find the 100 titles and cast your votes:  https://www.pbs.org/the-great-american-read/

The website also features an opportunity to share your own story about how a novel changed your life and a Facebook group you can join to discuss books with fellow readers:
https://www.facebook.com/groups/greatreadbookclub/about/ 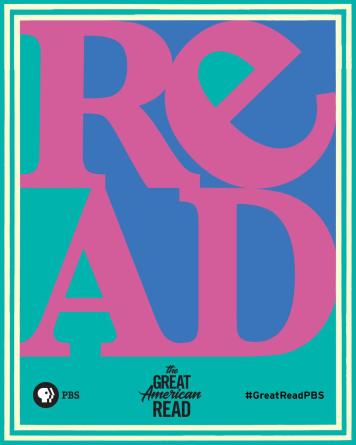 While I applaud PBS for their effort to excite people about reading, there are many titles that didn’t make the cut to the list that I believe were worthier than others that did. I realize the difficulty of choosing only 100 novels from the sheer number of books published in the U.S. The choices excluded non-fiction and poetry. Some of of my favorites that weren’t featured are listed below:

What about you? Are there any books that you consider your own great reads? I’d love to see your comments.