Since I have lots of news for my readers, I thought I’d share my updates on this blog. Most of you may have seen my announcement about the recent release of my standalone mystery thriller, Reason to Die, but you may not yet have viewed the book trailer.

I also have author appearances scheduled in April and May. I’ll be at the Port Washington Public Library’s Local Author Fair on Sunday, April 29, where I’ll be selling autographed copies of Reason to Die as well as all three books of my Cobble Cove cozy mystery series. On Saturday, May 12, I’ll be at the St. Stephens Church Local Author Fair in Hicksville, NY, where I’ll be speaking about my books and also autographing copies. 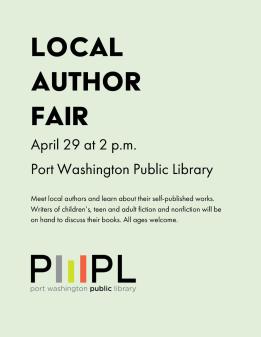 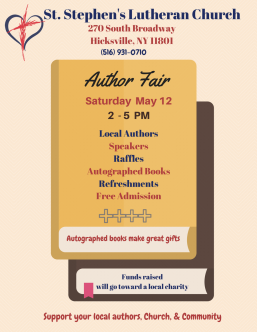 On May 4, two of my mystery short stories will be featured in Solstice Publishing’s Plots and Schemes, Vol. 2 anthology. “Murder at Lavender Lake Library” is a cozy mystery, and “Bullet in the Back,” a mystery thriller. I’ll let you all know when it’s officially released. I hope to see some of you at my upcoming appearances.

Reason to Die is also on a blog tour with a $15 Amazon gift card giveaway. Follow the tour at http://www.silverdaggertours.com/sdsxx-tours/reason-to-die-book-tour-and-giveaway