Welcome to the Literary Library Lounge where I interview fellow authors. Today, I am chatting with  Margret Egrot from Coventry, UK.

Thanks for joining me, Margaret.  Please take a seat and make yourself comfortable.How long have you been published? What titles have you published and with which publisher? Have you self-published any titles? Please give details. 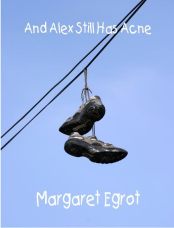 I have had short stories published in magazines or anthologies for the past six years or so. These have been almost exclusively written with adults in mind. In 2015 I had a YA novel published by Solstice – And Alex Still Has Acne – which is free as a download from Amazon on the 6th and 7th of December. In 2106 I had a second YA novel published – Girl Friends. Both novels have been in the best seller sales rankings on Amazon at least once. Other publishers include The Pigeon Park Press – for my story in Festive Treats, currently free on Amazon, and Greenstream Publishing for two anthologies I have stories in. I also write regularly for the theatre, and have had a number of short plays produced or read in rehearsed performances in theatres around the country.

Tell us a little bit about your books — what genre you write, if you write a series, any upcoming releases or your current work-in-progress. 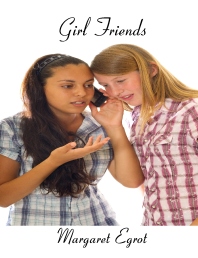 My two YA novels are contemporary adventure stories. There is humor in them but they also deal with some of the difficult issues young people can face as they grow up. And Alex Still Has Acne deals with a boy coming to terms with his father coming out as gay (as well as adoption, anorexia, alcohol – and acne … just the stick with the first letter of the alphabet). Girl Friends is about friendship, boyfriends, broken families and sexual exploitation.

I don’t write YA, but I have a 12-year-old daughter, so I can relate to the challenges of that age group. Both those books sound like they handle difficult topics well.

I don’t have a grand plan. I would like to sell more books and get more plays performed, but I keep finding writing (and stuff) gets in the way of properly marketing what I have already done.

During 2017 I hope to complete my ‘Shakespeare project’ which is to write 12 short stories about some of his female characters (basically what they are thinking or doing when not in front of us on the stage) Four of the stories have already been published by Solstice – The Ghost Queen (The Winter’s Tale), Chains of Magic (Othello), Journey to the Fair Mountain (Hamlet) and A Midsummer Day’s Dream. I have another six in the can, and I should soon have enough for an anthology.

On the drama side I will be working on turning a different short story (Sleeping Beauty) into a film script, and ‘by popular demand’ (well four separate people) I am looking to turn a one act play I wrote about England just before the outbreak of the second World War, into a full length play that encompasses the War.

I can also relate to the problems of finding time to both write and promote your material. You have some great ideas for the future.

With the YA books I am catering primarily for the teenage market. And Alex Still Has Acne has two male protagonists, so I am hoping it will appeal to boys as well as girls. I think they are good reads for adults also, especially Girl Friends which deals with an issue a lot of schools and parents worry about.

The short stories and plays are primarily for adults, but older children should be OK with them. One or two of the plays contain a few rude words – parents you have been warned!

They could start by reading my blog dated 23rd November 2016, where Fellow Solstice author, Diana Rubino talks about the merits of the small presses for the aspiring author: www.writingandbreathing.wordpress.com.

My particular challenge was trying to get Girl Friends published a few years ago. Publishers told me they liked the story, but felt the secondary story-line about child sexual exploitation was too controversial for them to take the risk. So I wrote And Alex Still has Acne and, after several attempts, this was accepted for publication by Solstice.

In 2016, by which time there had been several court cases re child victims of sexual exploitation reported in the British press, the topic was no longer so controversial. I approached Solstice again, and they agreed to publish Girl Friends.

Persistence certainly pays off in the writing field.

Have you taken any writing or publishing classes? If so, please provide information about them and if you feel they helped you further your professional skills.

I did a correspondence course with the Writers Bureau. The tuition was good and I found it helpful in establishing a disciplined approach to writing.

Reading (of course). I also swim regularly, walk the dog, go to the cinema and theatre, help with a local community theatre, and sit on the boards of two local charities.

The toughest challenge is actually seeing myself as an author. I never admit to spending time writing – just say I have some paperwork to do. I am surprised – and flattered – when people approach me in the street to talk about something I have written, or ask my advice about writing. However, it hasn’t happened that often – yet!

I’m sure it will. I’m approached almost every day by a different library patron complimenting me on one of my books. I’m like a local celebrity – lol. I just wish people would buy the books instead of borrow them from the library.

My blog includes links to all my published work – as do my Amazon Author pages.

Wonderful! Thanks so much for the interview, Margaret. It’s been a pleasure to learn about you and your books, and I wish you much luck on your future writings.