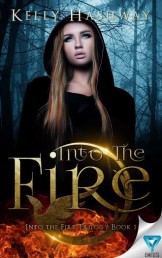 INTO THE FIRE by Kelly Hashway

In one month’s time, seventeen-year-old Cara Tillman will die and be reborn from her own ashes…

Her life of secrecy has never been easy. She’s watched her younger brother, Jeremy, burn and rise again in a coming-of-age process called rebirth. And just like her brother, when her time comes, she won’t remember anything from her first life other than she’s a Phoenix—a member of a small group of people descended from the mythical Phoenix bird.

The last thing she needs to worry about is falling for the new guy in town—Logan Schmidt.

Cara is drawn to Logan in a way she can’t explain, but she’s not exactly complaining. Everything is perfect…except it’s not. Once she’s reborn, she’ll forget Logan. And to make things worse, a Phoenix Hunter is on the loose, and Cara’s involvement with Logan is bringing out her Phoenix qualities—the very qualities that will draw the Hunter right to her.

Afraid of hurting Logan, Cara breaks it off for good. But her attraction to him runs deeper than a typical high school crush. She wants him—needs him. And if he proves willing to stay by her side, their love might destroy them both.

Can Cara hide from the Phoenix Hunters long enough to survive her rebirth? And if so, will it mean a new beginning with Logan—or the beginning of the end? 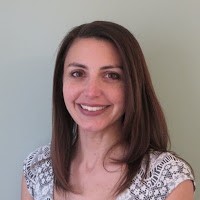 Kelly Hashway grew up reading R.L. Stein’s Fear Street novels and writing stories of her own, so it was no surprise to her family when she majored in English and later obtained a masters degree in English Secondary Education from East Stroudsburg University. After teaching middle school language arts for seven years, Hashway went back to school and focused specifically on writing. She is now the author of three young adult series, one middle grade series, and several picture books. She also writes contemporary romance under the pen name Ashelyn Drake. When she isn’t writing, Hashway works as a freelance editor for small presses as well as for her own list of clients. In her spare time, she enjoys running, traveling, and volunteering with the PTO. Hashway currently resides in Pennsylvania with her husband, daughter, and two pets.