As my New Year’s surprise to the followers of this blog and those who follow me on Facebook and Twitter, I would like to announce that I’ve finished writing a sequel (possible 2nd book of the Cobble Cove Novels series) to A STONE’S THROW  that I hope to publish in the spring. This new mystery will include some of the characters from the first book as well as several interesting new ones.

I’ve been blessed this year by joining the Limitless Publishing group and meeting many talented and supportive authors who I’ve been featuring in Author Spotlights on this blog. I’ve also been blessed by the readers who have shared such nice and motivating comments about the book as well as written some very favorable reviews on Goodreads and Amazon. One comment that particularly touched me was made by the library patron I acknowledged in A STONE’S THROW for her gentle nudging of me to keep writing. When I gave her a copy of the book, she said the reason she kept urging me to continue writing was because she believes in following dreams. When she was young, she had an opportunity that she had to let pass. Because of that regret, she realized the value of following a dream and wanted me to follow mine. I’m sure many reading this blog have dreams of their own. Why not make a resolution to follow yours this year?

Not to spoil it for those who haven’t yet read A STONE’S THROW, the only hints I can give about the follow-up book right now is that it will occur during the holiday season, six months after the first novel’s epilogue ended, and will feature three different crimes, lots of new characters of varying ages, and take place in both the fictional upstate town of Cobble Cove, New York and New York City. Keep visiting this blog or my Facebook author page for more details, announcements, sneak peaks, and other surprises. In the meantime, for those who haven’t yet seen  the trailer for A STONE’S THROW created by fellow author, Taylor Henderson, I’ve included it below along with the book’s purchase links. I’m also including some great review teasers created by Limitless author, Haley Despard. The Siamese one was a gift from Kat Shehata.

A very Happy and Healthy New Year to you all!  I hope your dreams, like mine, will come true in 2016. 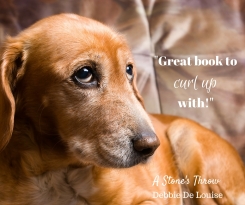 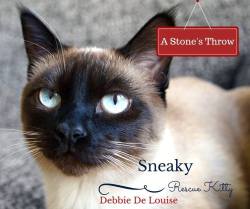 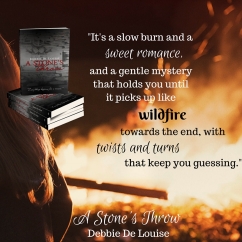 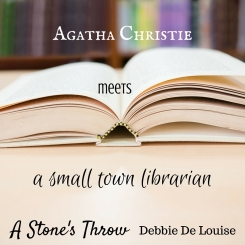 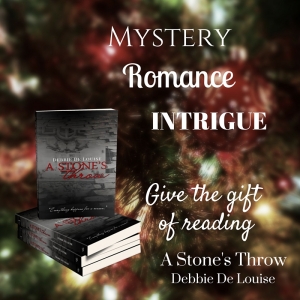