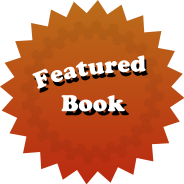 I am proud to present this week’s Feature Friday, Changing Teams by Jennifer Allis Provost. Every Friday, I feature an author from Limitless Publishing, my own publisher, and their books on this blog. The books are available in paperback and eBook. Please support these outstanding writers by spreading the word to your friends, family, and co-workers. 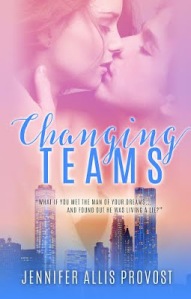 Taking lame jobs just to make ends meet is leading Britt nowhere, and she knows something has to change. She needs some excitement, and when she meets blue-eyed Midwesterner Sam MacKellar at a photo shoot, she realizes he’s perfect for her in every way—well, except for the fact that he’s gay.

Sam came to New York City to escape an existence that had become unbearable, and when his job as a photographer’s assistant leads him to Britt, he realizes he’s finally met someone who sees him as he really is. But plagued by nightmares and trapped by his own deception, he doesn’t know how she can truly be part of his life.

Friendship leads to a passionate encounter and hidden dangers…

Britt comforts Sam though his nightmares, and they begin to explore their mutual attraction, but the tables are turned when Britt faces unwelcome attention from a manipulative art instructor and Sam must come to her defense.

Sam is terrified to reveal the source of his nightmares, sure the truth would shatter his complicated relationship with Britt, but when she suffers an unspeakable trauma of her own, only Sam can help her pick up the pieces.

When Britt learns the magnitude of Sam’s lies, will his reasons and the depth of their feelings be enough to allow her to forgive him? Does she have a future with Sam, or does his deception also include the reality of changing teams? 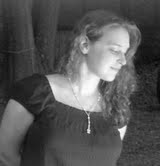 Jennifer Allis Provost is a native New Englander who lives in a sprawling colonial along with her beautiful and precocious twins, a dog that thinks she’s a kangaroo, a parrot, a junkyard cat, and a wonderful husband who never forgets to buy ice cream. As a child, she read anything and everything she could get her hands on, including a set of encyclopedias, but fantasy was always her favorite. She spends her days drinking vast amounts of coffee, arguing with her computer, and avoiding any and all domestic behavior.