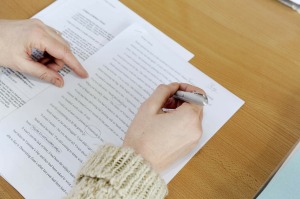 I’m on the last leg of my pre-edits for “A Stone’s Throw.” It’s been a long haul, somewhat frustrating but very educational and, hopefully, worth it. For those not familiar with the publishing process, pre-editing is when an author prepares a final copy of their manuscript before submitting it to an editor for further editing. Pre-editing is very important because it provides an opportunity for an author to take another look at their manuscript and make changes before official editing begins.

Although I self-published my first novel, “Cloudy Rainbow,” that I basically edited myself, I still found the process enlightening the second time around. Although I was happy with the plot and characters of “A Stone’s Throw,” I noticed many changes needed to be made. These changes weren’t only grammar, typo, or spelling corrections, most of which are caught by Microsoft Word’s spelling and grammar checker. There were places where the wrong character name was used, a character changed clothes unexpectedly from an earlier scene, a date or age was incorrect,  etc. In addition to checking these details, the overall content of the manuscript needed to be reviewed to make sure the writing flowed well, was descriptive enough, and that every scene made sense.

As I edited, my respect for my fellow authors grew. I think most of us find editing more difficult  and time consuming than writing. It’s the most important part of the job because while writing generates raw ideas, editing allows us to take those ideas and shape them into a form that’s most palatable to an audience. I also realized that editing is not restricted to writers. Don’t we all edit every day? We edit what we write be it in an email, text, or social media post. We edit what we say in conversations on the phone, our cells, and in person. This editing can be unconscious, or we can be very aware of it.

One thing that has helped me edit my novel is feedback. Knowing that most authors use beta readers to read and comment on their rough drafts, I asked fellow Limitless Publishing authors and a few friends if they were interested in being readers for “A Stone’s Throw.” Three people responded. I found a list of suggested questions for beta readers online and emailed it to my readers to use as guidelines for their feedback. I found all the suggestions quite helpful. I have to admit I was initially a little upset by some comments until I realized they were constructive criticism. I discovered some problem areas of my manuscript I would not have noticed on my own. After reading it so many times, I became blind to some of its weak spots. My beta readers didn’t only point out faults. They also told me what they liked about the book and in what areas my writing was strongest.

In everyday life, we don’t have beta readers to help us edit our written and spoken words. We are on our own with only our vocabulary, education, and common sense to guide us. To prevent our “putting our feet in our mouths,” pausing to self-edit our thoughts is a useful practice.

For authors, learning to edit effectively is gained through experience. Classes and workshops on this topic can also be helpful. As your writing skills need to be polished, so do your editing ones. Professional editors can do so much with your manuscript. You’re the author, and no one knows your baby, with all its faults and good qualities, better. With time and effort, you can edit your manuscript into the book your readers will want to read, and you’ll be proud you wrote.

4 thoughts on “Editing for Everyone”