February is a busy month for me. On Valentine’s Day,  I am releasing my romance comedy novella, When Jack Trumps Ace, as well as my short historical romance, The Seashell and the Stone. Both will be available on Kindle Unlimited and as Amazon eBooks. The novella will also be available as a paperback through all online sellers. 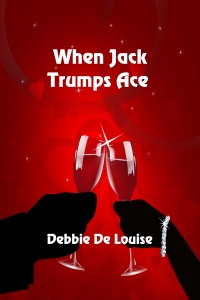 Jackie Riordan’s in trouble . . .
When her jewel-thief father is caught in the middle of a heist, Jackie makes her getaway to his ex-jail pal’s apartment. a man called Ace, who lives in an upscale neighborhood of Chicago. What she doesn’t count on is falling in love with him and becoming his partner in crime. She also doesn’t expect to compete with Ace’s old flame or deal with his cat Roxie who causes her allergy attacks.
All bets are off . . .
After Jackie discovers clues left by her father which lead her to a treasure that Ace may have stolen, she contemplates her next move. Should she trust Ace and believe her father gave him the money, or head home to her mother, a religious hypocrite who would have no qualms about ratting out her own daughter to the cops?
Things that sparkle aren’t always Diamonds . . . 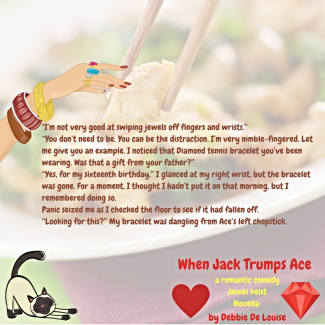 Before Jackie can decide who the good guys really are, she finds herself atop the Willis Tower carrying her father’s ashes in her pocket and aiding Ace in the largest jewelry heist of his life. Things go terribly wrong, and Jackie’s only choice seems to be to walk away from Ace or face imprisonment.
Purchase links: eBook: myBook.to/Jackebook
The Seashell and the Stone appears in Cupid’s Arrow. 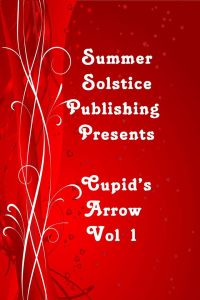 Preparing for her wedding day at Seashells Inn, the Victorian Cape May Inn that has been in her family for generations, Ginny Dixon reads her great-great grandmother’s diary and discovers a secret going back to the 1880’s that may impact her future.
Purchase links: eBook: myBook.to/cupid1ebook 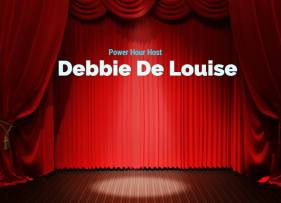 On Monday, February 20 at 3 pm EST, I will be hosting an author hour on Mystery Thriller Week where I will talk about my writing and my Cobble Cove Mystery series. A few of my characters will also be helping me host and giving away prizes in contests. Join me for the event at https://www.facebook.com/events/1022241101214851/
Also, read my guest post that was published on February 5: ttps://mysterythrillerweek.com/2017/02/05/the-librarian-author-by-debbie-delouise/ 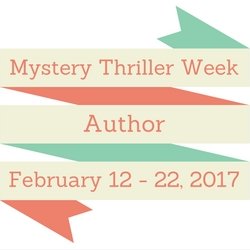 Mystery Thriller Week, running from February 12 to February 22, is an annual event that brings together international authors, blogger, experts, narrators, and fans of the genre. It’s a not-to-be-missed event for those who write and/or read mysteries and thrillers.

When I first learned of this event, I contacted one of the moderators to find out how I could participate. Vicki Goodwin Turner answered all my questions quickly and knowledgeably. I sent her a guest post that she added to the site on Sunday, February 5, and I scheduled an author hour on Monday, February 20 from 3 to 4 pm EST where I will interact with readers and other authors to share information about my books and cozy mystery series and offer some giveaways and/or prizes to those who participate. You can attend the event here: https://www.facebook.com/events/1022241101214851/

This is a great opportunity to learn about mystery and thriller authors and their books, and I am honored to be part of this event. Below is a trailer that gives a little taste of what to expect. Here are all the links you should know to participate: 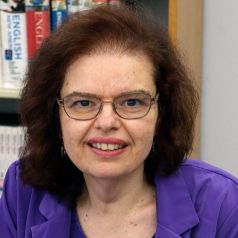 It’s my pleasure to participate in Mystery Thriller Week by sharing a post about myself, my books, and my feelings about writing and publishing. As a librarian, reader, and author, books and the written word have been very important in my life. I can’t imagine a world without them. Writing transports people to places they’ve […]

via The Librarian Author by Debbie DeLouise — Mystery Thriller Week