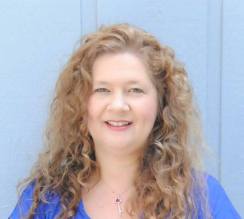 It’s my pleasure to have cozy mystery author, Charmain Zimmerman Brackett for a cozy chat today.

Hi, Charmain. Thanks for joining us on Cozy Chat. Have a seat and help yourself to some tea while we talk.

Can you please give us some information about your books or current series?

I have two books in Grace’s Augusta Mystery Series. The first is Murder Under the Magnolias and the second, which is being released today, October 27, is Murder En Pointe.

The series takes place in my hometown of Augusta, Ga. In the first book, I thought about a special event that happens the first week of every April. There’s a prestigious golf tournament here, and it brings in a lot of visitors from all over the globe. I began to surmise what else might be taking place in my cozy town during this tournament. Anywhere there’s lots of money flowing, there’s bound to be a variety of vices as well, and that led me to plot out a murder on the fringes of the tournament. 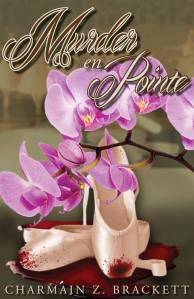 Murder En Pointe is about a Russian ballet troupe visiting Augusta when the star ballerina is killed. I have three adult children who spent a lot of time dancing. Two of my adult daughters teach ballet, and both my youngest daughter and my son plan to audition as dancers for cruise lines. Since it’s been an important part of all of our lives, I wanted to integrate it into a book. I also have an idea formulating on book three.

Those sound wonderful. It’s always helpful to use real life experiences to generate ideas for a book. Would you like to share an excerpt from your new release?

Yes, Thank you, Debbie. Here’s one from Murder En Pointe:

I walked around and listened.

Silence – an eerie silence, at that.

I seemed to be alone, but for some reason, I felt like someone was watching me. I felt a shiver down my spine. I’d never heard of a phantom at this theater. I felt the urge to get out of there as fast as I could. I wanted to run.

I put my hand on the door handle and paused as I felt another shiver. That urge to run was even stronger. I knocked on the door and waited. Despite the feeling of dread, I opened the door, and what I saw as I entered the dressing room shocked me. I saw a woman lying on her back on the floor. It was Aleksandra. Wearing a beautiful, silk, Asian-inspired robe, the same leotard and tights from earlier, and a pair of pink pointe shoes on her feet, she lay motionless.

I stepped back and paused for what seemed like an eternity. Of course, it was probably only a few seconds. I couldn’t scream, but my heart felt like it was going to beat out of my chest. When I finally got my bearings, I placed the flowers on the makeup counter in front of the wall of mirrors and then stared into the reflection. There was something written in Russian in red lipstick on one of the dressing room mirrors. Another mirror was broken and several of the light bulbs that surrounded it were broken as well. Bloodied glass shards lay on the counter and pulverized purple eye shadow glittered on the floor. Several containers littered the carpet as though Aleksandra had entered a massive struggle right before her violent end.

I noticed a second pair of pointe shoes beside her. Saturated in blood, the shoes’ ribbons were laced around her neck, and orchid blossoms were scattered atop her still body. There was blood on her hands, which were resting by her side. It was odd. It didn’t seem like a natural position. My own hands started shaking as I took it all in. I felt dizzy. Where was my phone? I rummaged through my purse until I found it. Speed dial 2 for my husband.

“Hey, baby. I was just getting ready to call you,” I heard Drew on the other end of the call.

I continued to stare.

“Drew” was all I could say.

“Could you come to the dressing rooms at the Bell?”

The words seemed to be stuck in my throat. I tried to clear it.

“I think there’s been another murder.”

Do you write any other genres than cozies?

Yes. I’ve written three YA science fiction fantasy books (The Key of Elyon, Elyon’s Cipher and Elyon’s Light), two illustrated children’s books (Little Pearl’s Circus World, which won the 2015 Georgia Author of the Year Award in children’s literature, and Nutcrackers and Pirates: A Boy’s Journey into Dance),  an inspirational contemporary fiction stand-alone (Fixed in the Tempest),and the Victoria James’ cozy mystery novella series, which has six stories in it. The first in the Victoria James’ series is Murder at Twin Oaks.

My debut novel, The Key of Elyon, won the 2014 Yerby Award for Fiction at the Augusta Literary Festival.

Nice. You seem talented in many genres.

How did you get started in writing?

I don’t remember when I first started writing. I think I always have. I wrote some for both my high school and college newspapers. When I was in college, people automatically assumed that I would be a teacher because my major was English. I had a huge fear of speaking in front of people or even talking to people I didn’t know. I knew I couldn’t stand in front of a group of students on a daily basis. This fear led me to a career in journalism. The irony was that while I could hide in a crowd, I still had to talk to people I didn’t know.

Very interesting. I, too, worked on my college newspaper where I won a journalism award. I also was an English major and didn’t want to be a teacher. I became a librarian instead. I also dislike speaking in front of groups, but I’m beginning to get more comfortable with it as I’ve been doing author talks at libraries.

What are your hobbies besides writing?

I hope this doesn’t come across as rude or arrogant, but writing has never been a hobby. It’s the only career I’ve ever known. I have written for newspapers and magazines since I graduated college nearly 30 years ago.

As for hobbies, I started doing community theater in 2006 as a way to combat my fear of being in front of people. I’ve been in several plays and loved every minute of it. My favorite role was Glinda the Good in the Wizard of Oz, and yes, I got to fly in a bubble. It was amazing.

The Wizard of Oz was one of my favorite movies, and I also read all of the Oz books. Like you, I’ve written for newspapers and magazines. My first articles were about cats when I joined the Cat Writer’s Association, and I am still a member today.

Is there anything else you’d like readers of this blog to know about you and/or your books?

I consider myself to be a Southern writer. I’m from the South, and my characters are from the South. But I don’t want my characters to come across as caricatures who explode with “Southern sounding sayings” all the time. While they may say these things, it’s not designed to be cutesy. It’s part of who they are. My characters are based on real people with real feelings and complex personalities.

I think those types of characters are the best because they are more realistic to readers who can identify with them. I, too, am a character-oriented writer.

Can you please list your social media links and book links?

http://charmainzbrackett.com/
Thanks so much. I’ve enjoyed having you on Cozy Chat, Charmain. Best wishes to you on your new release and future books.