I decided to interview six characters from my upcoming novel, “A Stone’s Throw.” I conducted the interviews at the Cobble Cove Library, the main setting of the book. The people interviewed were:

Alicia Fairmont – Protagonist of “A Stone’s Throw.” She is forty-two, a librarian, and the widow of Peter Fairmont.

John McKinney – The newspaper publisher of the Cobble Cove Courier. He is forty-five, a widower, and Alicia’s new love interest in the novel.

Jonathan McKinney, Sr. (Mac) – The eighty-year old founder of the Cobble Cove library who is semi-retired. He is John’s father.

I asked all six the following three questions:

Without giving away any spoilers, what was your favorite and least favorite part of the book?

Why do you think Debbie chose you as a character in “A Stone’s Throw?”

What other characters did you like and dislike in the book?

The four humans sat around a table in the reading room of the Cobble Cove Library. Sneaky, the library cat, was in his cat bed by the Local History section, and Fido was at Mac’s side.

As the lead character, Alicia answered first. She shook her long, chestnut hair away from her face and paused as she considered my questions. “It’s hard not to give away spoilers, but I would say one of my favorite parts of the book was when John took me up to Cobble Point and showed me the view of the town and the cove. I think I started falling in love with him then.  As far as my least favorite part of the book, I think it was when I discovered something that implicated John in my husband’s murder, but I can’t elaborate on that without giving away too much of the plot.”

“I think Debbie chose me because I’m a librarian like she is, and I know authors prefer to write about what they know. I liked most of the townspeople in “A Stone’s Throw,” although it was hard to get to know Dora, the innkeeper, and Casey, the diner owner, at first. I also had mixed feelings about Sheila. The character I think I disliked the most was Detective Ramsay. He took the definition of ‘Bad’ cop a bit too far.”

Next up was John. He smiled, showing the dimple in his left cheek. “I really loved showing Alicia the town and walking around Dora’s garden at the inn. It was really fun to paint with her, too. I hated it when I had to admit my relationship with Tina, and it really hurt me when Alicia stopped trusting me.”

“Debbie probably chose me because I’m so good looking. Just joking. She needed a love interest for Alicia, and I filled the bill. It also helped that I was a newspaper publisher and was also dabbling at writing a mystery. I guess I was Debbie’s other half. Alicia was the librarian, and I was the writer.”

“I try to get along with most people, but Detective Ramsay really tried my patience.”

Sheila answered after John. She tossed her flaming red hair over her shoulder and kicked her boots out from under the table. “I liked showing my strength when I shoveled my walk with John after the snowstorm. I also really enjoyed having tea and chatting with Alicia when we were snowbound at the library. I didn’t like when I realized some of the stupid mistakes I’d made.”

“Debbie probably picked me because I was such a strong character, and I was close to John in a platonic way. I also didn’t like Detective Ramsay, and I almost told him where to shove it (excuse my language). I found Betty, the homebound, a bit exasperating, too, but I felt sorry for her.”

Sneaky meowed when it was his turn to “talk.” He jumped out of his cat bed and joined the group. “I liked the part where I got to sleep with Alicia and helped her find one of the big clues in the book. I didn’t like it when Alicia and John left me alone, and Mac forgot to feed me.”

“My cat sixth-sense tells me Debbie picked me for her book because I’m Siamese like her cat, Oliver. She also loves to write about cats and is even a member of the Cat Writer’s Association.”

“I didn’t like Sheila that much because she never wanted to clean my litter box and always left it up to Mac or John and even had Alicia do it.”

Fido barked for his turn. “I loved when John put me on the mission that was the pivotal point in the plot, but I can’t give that away. I didn’t like it when Alicia and Sheila doubted I was dog enough to help them because of my age.”

“I liked John and Mac the best because they were my owners. I didn’t like Detective Ramsay. He smelled bad literally.”

“I’d wager a bone that Debbie chose me because she had to consider the dog loving readers out there, but I also know that she likes all animals, even though she is partial to cats.”

Mac tapped his cane. “Don’t forget about me.  I loved the part where I told Alicia that things happen for a reason. That was the best line in the book. I didn’t like when John confronted me about issues in my past that forced me to reveal some things I’d done when I was young.”

“I would figure Debbie gave me a role in her book because I had the most experience and, if I wasn’t the smartest, at least I was the one who had the most sense.”

“The character I liked the most was John because he was my only son. I also grew to like Alicia a bunch. Sheila and I sometimes rubbed one another the wrong way, but I respected her. Ramsay was a rude guy, but he was only trying to do his job. Faraday was a lot nicer if you like cops.”

As the interview wrapped up, I thanked all the characters and told them I’d try being gentle when I edited their parts. 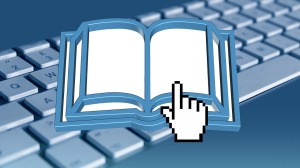 I was asked to write a synopsis with a character-oriented focus to help my publisher create some cover copy for my upcoming book. While doing this, I began to reflect on how I created the varied characters, some major and some minor, in “A Stone’s Throw.” I think it’s pretty obvious that the librarian protagonist, Alicia Fairmont, is based on me. While she’s not identical in her personality or looks, there are some interesting similarities. When the story starts, she has been a librarian for 17 years. I’ve been one for over 20. She and her husband have been married 15 years without children. I had my daughter after 15 years of marriage. She has chestnut hair (some people consider my hair reddish brown), and she is quite stubborn (I’m a Taurus, need I say more?).

What about the rest of my characters? Going back to my previous analogy of authors giving birth to their book, I believe that their characters are their “babies” that grow throughout the story.  In an online Gale Course I am taking on Mystery Writing, I am learning about the protagonist’s and antagonist’s flaws. No one is perfect, and characters share the same imperfections as real people, so it makes sense that they are based on real people – whether it’s the author or a relative, friend, neighbor, or acquaintance of the author. A character can also be a composite of more than one person. Characters are then shaped by their experiences, both the back story and the continuing plot.

Some authors create detailed sketches of their characters before even adding them to their manuscripts (I wish I had been one of those). Like me, others create characters as they write. It often feels that the characters create themselves.

Another type of character that adds interest to a book is the pet character. As a member of the Cat Writer’s Association, I am familiar with cat and dog mysteries such as those written by Rita Mae Brown, Carole Nelson Douglas, Shirley Murphy, Lilian Jackson Braun, Amy Shojai and others. While the cat and dog characters in “A Stone’s Throw” don’t speak or solve mysteries by themselves, they play important roles. Sneaky, the Siamese who is the Cobble Cove library cat, is modelled after my 15-year old Siamese cat, Oliver. Fido, the old, overweight golden retriever, is just the perfect type of dog for 80 year old Mac.

The most important thing about a character is that a reader can relate to that person and finds the person interesting, not a flat caricature. I believe one of my strong points as a writer is the way I depict characters. I hope you will agree when you read “A Stone’s Throw.”