Introduction: “You appear to have a singularly unfortunate habit of stumbling upon corpses, Haydn,” Frederick the Great remarks to the composer. And the King is right. But it’s not really Haydn’s fault. He’s but a character in a mystery. And what would a mystery be without a murder?

For what seemed like an eternity, the Kapellmeister and his brother stood by the door, unable to move, their eyes transfixed by the disorderly scene within the church.

“What can have happened here?” Haydn whispered. He stared at the black cane with its ornate gold handle. That must have caused the door to stick. His eyes followed the trail of blood that meandered from the cane to a large cloak-covered figure lying prone at the base of the marble font.

The sight galvanized them to action.

“Good God!” Johann muttered. “Who would do such a thing? Do you suppose the poor man is still alive?” He hurried toward the figure.

Haydn followed, taking care to avoid the rivulet of blood.

“I trust he is not beyond help,” he said. But he had his misgivings as he knelt down beside the tall muscular figure lying with his head against the bloodstained base of the marble font.

Very gently, as though touching a sleeping man, the Kapellmeister reached out and placed his palm on the man’s broad back. The ribs did not rise and fall. He lifted the man’s wrist—it was as cold as ice—and pressed his fingers into it. He could detect no pulse.

The sickening sensation he had managed to keep at bay returned with full force.

“I fear he is already gone.”

. . . [The scene continues until the startling discovery of the dead man’s identity.]

He turned toward his brother, but Johann—his face frozen into a mask of horror—appeared not to have heard a word.

His brother’s lips moved, but not a single word came out of his mouth. He swallowed, cleared his throat, and opened his mouth again.

“It is the ambassador, brother.” The words came out in a hoarse croak as Johann’s forefinger stretched out toward the dead man’s face. “It is Count Seckendorff.” 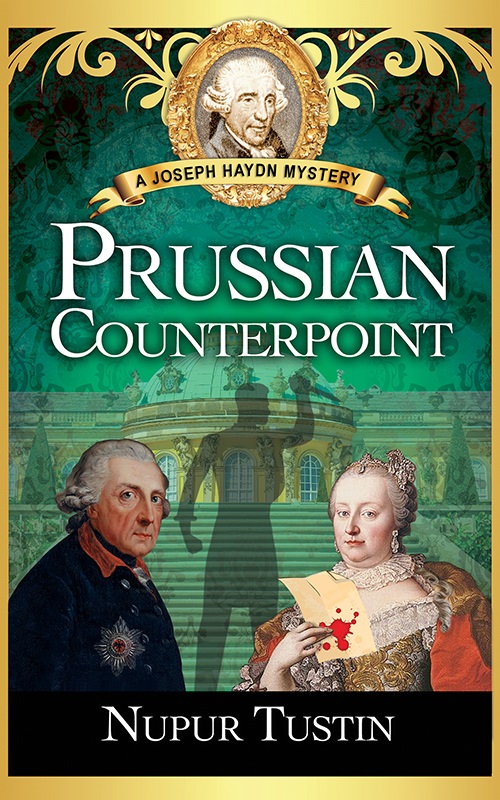 When an enemy makes overtures of friendship, is anyone safe?

An unexpected invitation from wily King Frederick causes composer Joseph Haydn to fear he’s walking into a trap. After all, the Prussian King has never had any use for Haydn’s music. His Majesty seems more intrigued at Haydn’s being the son of a market-judge.

Worse still, the invitation appears to stir up suspicion in the highest quarters in Vienna. So much so that a mysterious, cloaked lady visits Haydn’s Music Room and issues a thinly veiled threat.

Now Haydn is convinced there’s mischief afoot. But not even he can foresee that he will stumble upon the corpse of the imperial ambassador a day after his arrival in Frederick’s Prussia, along with evidence that His Lordship may have been a common thief.

Can Haydn salvage the imperial ambassador’s reputation—and find his killer?

Praise for the Joseph Haydn Mysteries

“A standout in the genre of historical mysteries. An encore is requested!”
Midwest Book Review

“Wonderful read for fans of historical cozy mysteries. . .The characters are strong and the writing is smooth. . .”
Books a Plenty Book Reviews

“An interesting journey and Haydn is a likable main character.”
Christa Reads and Writes 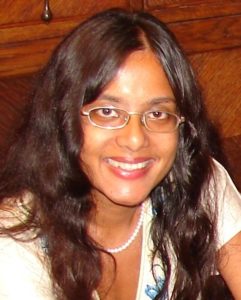 A former journalist, Nupur Tustin relies upon a Ph.D. in Communication and an M.A. in English to orchestrate fictional mayhem. The Haydn mysteries are a result of her life-long passion for classical music and its history. Childhood piano lessons and a 1903 Weber Upright share equal blame for her original compositions, available on ntustin.musicaneo.com.

Her writing includes work for Reuters and CNBC, short stories and freelance articles, and research published in peer-reviewed academic journals. She lives in Southern California with her husband, three rambunctious children, and a pit bull.