When I started writing my Glass Dolphin cozy mystery series, I wanted to create a fictional town that readers could believe in, and to do that, it had to be modeled after a town I could relate to. Now, I was born and raised in Toronto, Ontario, Canada, and I’ve lived within two hours of that city, mostly in small towns, for all of my adult life. Add to the mix that I’ve never been much of a traveler (I don’t count a week in the Bahamas or the occasional writers’ conference as being a “traveler”) and I couldn’t imagine setting my book in a fictional U.S. town. After all, just like the people in them, every small town I’ve lived in has had its own distinct personality.

And so, I set the Glass Dolphin mysteries in Lount’s Landing, a fictionalized version of Holland Landing, where I’d lived for twenty years. Instead of the Holland River, the Landing (yes, Holland Landing folks refer to it as “the Landing”), I’ve got the Dutch River. Instead of neighboring Newmarket, I’ve got Marketville (though I did borrow its Main Street of indie shops and restaurants for Lount’s Landing).

Why Lount’s Landing, you might ask, and the answer is simple. When I first moved to the town in 1990, one of my first stops was the Holland Landing Public Library. Outside, there was a historical plaque commemorating Samuel Lount, who’d been hanged for treason in 1838. Fascinated, I researched Lount’s story. His history, and his hanging, is an integral part of The Hanged Man’s Noose, book 1 in the series.

In book 2, A Hole in One, Glass Dolphin antiques shop owners Arabella Carpenter and Emily Garland decide to sponsor a hole in one contest at a charity golf tournament in hopes of promoting the store. Unfortunately, finding a dead body in the woods has a way of mucking things up, but the golf course, and the third hole where the body is discovered, is based on Silver Lakes Golf Course in…you guessed it…Holland Landing.

Where There’s A Will, book 3, wraps up the series with Emily getting married and house hunting, and Arabella and her ex-husband, Levon, hired to appraise the contents of an estate. Once again, the setting of Lount’s Landing is integral to the story.

One of the best compliments a reader can give me is to say, “I felt as if I were right there,” because that means I’ve been successful in creating a believable fictional town. And today, when most of us aren’t traveling, isn’t it fun to think you can visit a small town in Canada, where most people are good and those who aren’t eventually get their comeuppance.

Where There’s A Will: A Glass Dolphin Mystery
by Judy Penz Sheluk 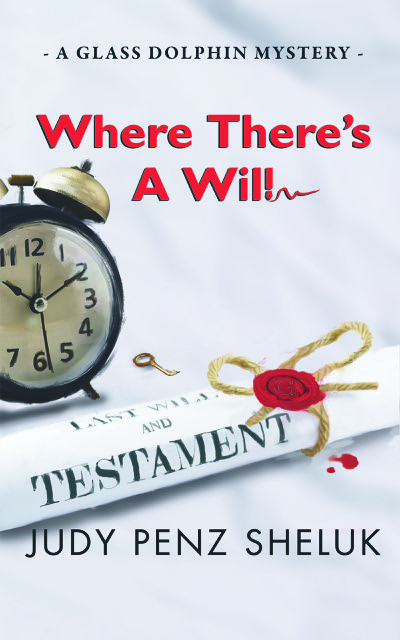 Where There’s A Will: A Glass Dolphin Mystery

Emily Garland is getting married and looking for the perfect forever home. When the old, and some say haunted, Hadley house comes up for sale, she’s convinced it’s “the one.” The house is also perfect for reality TV star Miles Pemberton and his new series, House Haunters. Emily will fight for her dream home, but Pemberton’s pockets are deeper than Emily’s, and he’ll stretch the rules to get what he wants.

While Pemberton racks up enemies all around Lount’s Landing, Arabella Carpenter, Emily’s partner at the Glass Dolphin antiques shop, has been hired to appraise the contents of the estate, along with her ex-husband, Levon. Could the feuding beneficiaries decide there’s a conflict of interest? Could Pemberton?

Things get even more complicated when Arabella and Levon discover another will hidden inside the house, and with it, a decades-old secret. Can the property stay on the market? And if so, who will make the winning offer: Emily or Miles Pemberton? 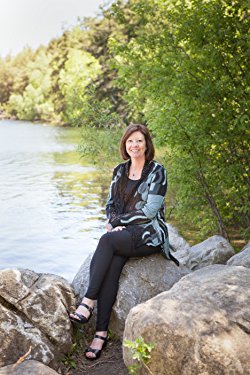 A former journalist and magazine editor, Judy Penz Sheluk is the author of two mystery series: the Glass Dolphin Mysteries and the Marketville Mysteries. Her short crime fiction appears in several collections, including The Best Laid Plans and Heartbreaks & Half-truths, which she also edited. Judy is a member of Sisters in Crime, International Thriller Writers, the Short Mystery Fiction Society, and Crime Writers of Canada, where she serves as Chair on the Board of Directors.

December 2 – I’m All About Books – SPOTLIGHT

Have you signed up to be a Tour Host?
Click Here Find Details and Sign Up Today!

One thought on “Guest Post, Blog Tour, and Giveaway for Where There’s A Will, A Glass Dolphin Mystery by Judy Penz Sheluk”