Inspiration for a Vacation Mystery

Who likes to go on vacation? Raise your hand. Yeah, me too.

Raise your hand if you had a vacation canceled due to the pandemic. Yeah, me too. This year was supposed to be the year hubs and I were set to go to Ireland for our 20th Anniversary. Thanks to COVID, we will not be going on that adventure.

Once the pandemic took hold and travel came to a grinding halt, I was pleased that I had the forethought to place the fourth Karina Cardinal mystery, Pharaoh’s Forgery, in sunny Cancun, Mexico. Readers looking to take a vacation through books can head out to the beach with Karina. Granted her trip is a little less vacationy and a little more thriller, but she does get some fun in the sun.

As a quick aside—pharaohs come from Egypt, however over the past century their treasures have been scattered throughout the world ending up in museums and private collections. With that in mind, I decided to place Karina’s adventure at a pyramid a little closer to her home, El Castillo at Chichén Itzá. This provides the reader a look at one ancient civilization while blending in a story line with anther.

Before I sat down to write this mystery, I pulled out photo albums, journals, and letters to take a trip down memory lane.

The first time I visited Mexico was during high school when I participated in an exchange program organized by my Spanish teacher. It was the first year the program happened, and, along with four other students, we flew to the capital city of the Yucatán Peninsula called Mérida. We experienced the culture by staying with a Mexican family, visited Mexico’s historic ruins like Chichén Itzá and Uxmal, and took some classes at the local Universidad. One of my favorite memories was the day we spent on the beach. The girls were offered a ride by some opportunistic fellows who wanted to take us out on their speed boat. We were willing and started to swim out to their shiny yellow boat. However, our mother-hen Spanish teacher was having none of it. She shooed them off with her pointer finger and some sharp Spanish. We shrugged and took it in stride. In retrospect, we probably scared the daylights out of her, though we didn’t mean too. I can’t imagine being in charge of four naïve teenage girls in bikinis up for an escapade.

I have loads of wonderful memories of that trip, but one of the best things to come from the program was the lasting friendships. One of the hosts had a son about our age, and one night he held a party for us. I gained three new pen pals at that party, and eventually two of them came to visit me in Washington, D.C. But, once we went off to college the friendships petered off, the way things do. However, thanks to social media we reconnected about twenty years later. Less than a month after I joined Facebook, one of my pen pals located me, and now I’m back in touch with all three. We’ve talked about families, jobs, and major life upheaval. I’ve been back to Mexico half a dozen times since my first time. They’ve all been sunny, warm, and wonderful. However, nothing compares to the first time, where I was first introduced to the Mexican culture, and gained friendships that lasted over thirty years. 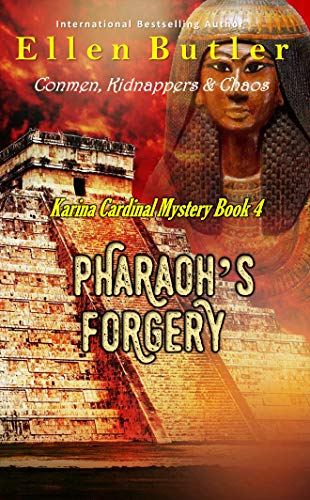 Margaritas, mayhem, and murder. Too bad her only defense is a cocktail umbrella.

After some of Karina Cardinal’s recent adventures—her lover Mike Finnegan would call them scrapes, jams, or pickles—she’s more than ready to blow this D.C. pop stand for a short girls’ trip to Mexico. Until Jillian’s roller skate wreck blows their plan out of the water. With Jilly injured and Mike working, her fellow lobbyist Rodrigo volunteers to share some sun, sand, and margaritas in Cancun. It’s tough to relax, though, knowing what’s in her suitcase. A package she promised to hand off to Mrs. Thundermuffin in Mexico.

Mrs. T’s evasive maneuvers around Karina’s questions wave more red flags than a bullfighter, leaving Karina no choice but to take a peek. Okay, so it’s not a kilo of something illegal. It’s an Egyptian death mask that turns out to be a magnet for crooks, conmen, kidnappers, and outright killers.

When the situation explodes into chaos, Karina and Rodrigo are lucky to have friends in the right place—at their backs. But they’re in one hell of a jam. And they could be going home in something tackier than a souvenir t-shirt—more like a body bag. 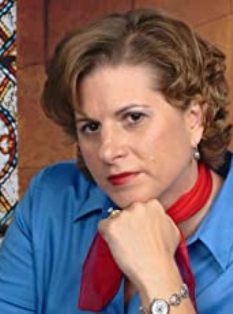 Ellen Butler is the international bestselling author of the Karina Cardinal mystery series and award-winning historical suspense, The Brass Compass. Fans who enjoy the suspense of Melinda Leigh and the humor of Janet Evanovich’s Stephanie Plum will fall in love with Butler’s Karina Cardinal. Her experiences working on Capitol Hill and at a medical association in Washington, D.C. inspired the mystery-action series. The Brass Compass has won multiple awards for historical fiction and is compared to such bestselling novels as Kristen Hannah’s The Nightingale. Butler is a member of Sister’s in Crime, International Thriller Writers, and the Office of Strategic Services Society. She is an admitted chocoholic and confesses to a penchant for shoe shopping. Ellen lives with her family in the suburbs of Washington, DC.

You can find Ellen at:

September 21 – I’m All About Books – SPOTLIGHT

September 23 – I Read What You Write – REVIEW

One thought on “Guest Post and Blog Tour for Pharaoh’s Forgery, A Karina Cardinal Mystery by Ellen Butler”