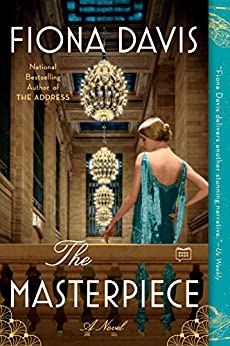 As a librarian, I like to read new authors. I’ve heard good things about Fiona Davis from patrons and thought I’d give one of her books a try. This is the first I’ve read but not the last. The novel focuses on two women, Art teacher and artist Clara Darden whose story takes place during the 1920’s and Virginia Clay, a divorced woman in the 1970’s, who finds work at Grand Central Terminal in New York City and discovers the remnants of an art school hidden within its walls. When she locates a watercolor by an unknown artist, she begins a search that leads her into a mystery involving Clara Darden and the battle to save Grand Central. Along the way, she develops the courage to overcome her fears about her own deficiencies that include the removal of one of her breasts during cancer surgery. I enjoyed the way the story moved back and forth between the two women, and I was surprised by the twist at the end. I look forward to reading more of Ms. Davis’ books. 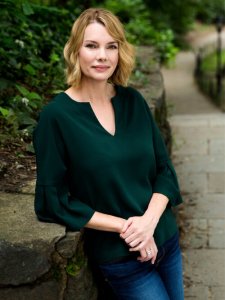 F  I  O  N  A   began her career in New York City as an actress, where she worked on Broadway, off-Broadway, and in regional theater.

After getting a master’s degree at Columbia Journalism School, she fell in love with writing, leapfrogging from editor to freelance journalist before finally settling down as an author of historical fiction. Fiona’s books have been translated into more than a dozen languages.

She’s a graduate of the College of William & Mary and is based in New York City.

Connect with her on her social media links: