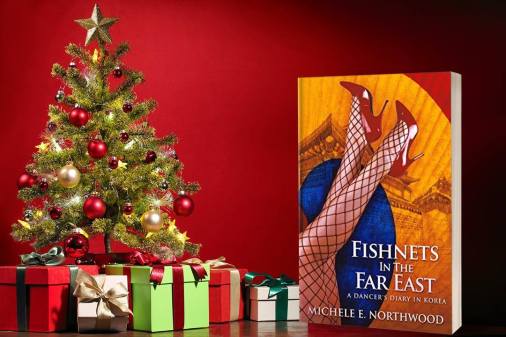 The holidays are a nice time to do some armchair traveling. If you’d like an in-depth glimpse into Korea from someone who stayed, worked, and lived there for several months, Fishnets in the Far East by Michele E. Northwood is the book for you. 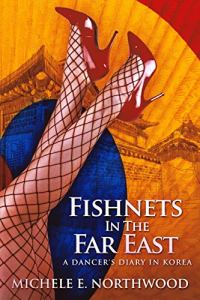 This is the true story of a young dancer, whose naive dream of working in the Far East turns into a nightmare.

She finds herself in a plethora of situations which she is ill-equipped to deal with. Dancing her way across South Korea with two friends, she is propositioned by the Mafia, turned away by the British Embassy, caught in a student riot, and taken to Korean brothels.

At times both shocking and humorous, this is the story of a timid young girl finding her voice and learning to stand up for herself in a male-orientated world of alcohol, sex and seedy nightclubs.

Here is a review I wrote for Amazon, Goodreads, and Bookbub after reading this book:

I’m not a non-fiction reader, but this book reads almost like fiction. In fact, it proves the fact that real life can be stranger than fiction. I found the adventures of Michele and her two fellow dancers when they spent 6-months living and working in Korea to have all the elements of an intriguing story — part comedy, part drama with action, humor, and lots of insight into Korean culture. Michele related her experiences in a manner that made you feel like you were living them yourself. I cringed at the depiction of the hotel room with the rats and my heart beat fast at the parts where the women were warned about shootings in the area in which they were staying. I picked up some facts about Korean food and popular phrases such as Deep Joy. I can’t wait to read the author’s next tale taking place in Japan.