Blaze A Team Omega Thriller is an exciting psychological thriller from best-selling author, K.C. Sprayberry. This particular story has been in my to be completed files for sixteen years. The concept was always a group of Elementals, individuals capable of manipulating earth, wind, water, and air to control wildfires, working together and sometimes against each other. It wasn’t until I noticed a trend of brush fires in California, blazes that seemed almost unnatural, that I came up with the thrilling adventure this tale is now.

Into the fray of taming these beasts comes a group of people with the power to control the elements of fire, water, wind, and earth.

Their only duty is to subdue the flames ravaging the state, to assist firefighters, hot shots, and smoke jumpers dedicated to protecting the Golden State.

You can get this exciting book here:

One team stands out among the others, a group of four twenty-three year olds. They came into their abilities while these blazes were at their strongest. Dakota Henderson, Cary Toronto, Fante Cyndall, and Luisa Henderson appear to be ordinary people, doing normal jobs. Yet, when the call out comes, they dive into the belly of the beast to protect those threatened with the flames of destruction. 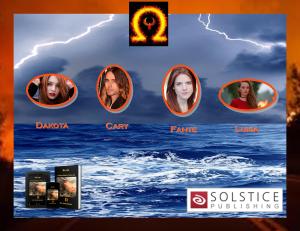 One of them receives the ability to lead all Elementals, the powers to battle against rogues from their organization. Can this individual put a stop to these wildfires and bring peace back to the embattled state? 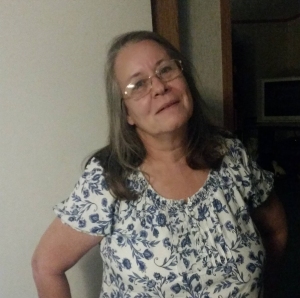 Born and raised in Southern California, K.C. Sprayberry is living a dream she’s had since she first discovered the magic of books. She traveled the U.S. and Europe before finally settling in the mountains of Northwest Georgia. She’s been married to her soulmate for a quarter of a century and they enjoy spoiling their grandchildren along with many other activities.

A multi-genre author, K.C. Sprayberry is always on the hunt for new stories. Inspiration strikes at the weirdest times and drives her to grab notebook and pen to jot down her ideas. Those close to her swear nothing or no one is safe if she’s smiling gently in a corner and watching those in the same room interact. Her observations have often given her ideas for her next story, set not only in the South but wherever the characters demand they settle.