Good Morning and thank you for having me.

I’ve two novels on tap so far for 2017—one short and one full length—and both will be published by the good folks at Solstice publishing. 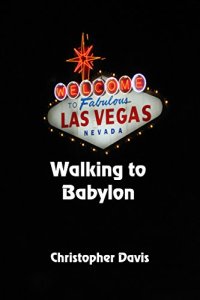 Walking to Babylon—the first up and released February 2nd—is the longer version of a story that I wrote for the Multiple Myeloma Research charity anthology Paladins. My story in the anthology was titled Low and Outside and as you could guess takes both its title and story line from the game of baseball, as the story is told over a couple of beers at a farm team game in Las Vegas.

The collection was published in England and is stocked with some of the best indie crime writers on the scene today from both sides of the pond. Paladins was put together for a crime writer friend—Craig Furchtenicht and his wife—Henrietta—who at the time—was fighting a valiant battle against Multiple Myeloma. She has since lost that battle and writing the longer story was my way of remembering the smiles posted from a hospital room on Facebook as she struggled to keep those of us writers participating, in the game.

Walking to Babylon is not for the faint of heart as it follows a pair of unlikely Vegas mob types—Sammy Soriano and Tommy Two Guns Viglierchio—as they grow up busting balls for the old man.

Vigleirchio has cancer and Soriano knows it, but there is really nothing that he can do except be a friend. After a hard life of drug use, fast living and even faster women, Viglierchio chooses to end it all one night in the desert outside of Las Vegas under a silver summer moon. 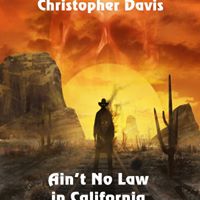 Ain’t No Law in California is a much longer post-apocalyptic, western that has lived on the hard drive of my computer for six or seven years. The original story was slated to be a traditional western and written as three stories, in the hope of gaining the attention of the shorter e-book publishers of the time.

After two complete re-writes and another in first person, I scrapped the idea and the story took on a more SCI-FI, Steam-Punk, Dystopian feel. A couple of folks read through it—after having read the original version—and it seemed that the Dan Bardwell series of odd westerns would get off the ground.

An untitled follow up is nearly complete and both are written as traditional as can be with the exception that they take place a hundred and fifty years in the future after a nuclear war has nearly wiped humanity out.

Walking to Babylon was just released on the 2nd of February and Ain’t No Law in California is making the various rounds of editing and should be out before spring and available through Amazon or Solstice Publishing?

Christopher Davis is a central California native and grandfather of three rambunctious little ones. When not tending herd, he can be found trying his hand at writing Crime, Western and Horror fiction. Chris lives with his wife and a little dog that has nearly lost his mind.

Find out more at www.christopherdaviswrites.com

One thought on “Guest Post by Author Christopher Davis” 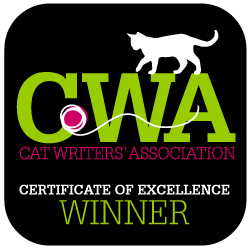