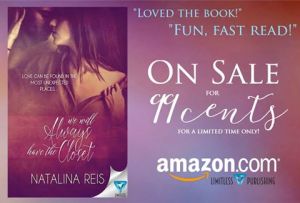 We Will Always Have the Closet
by Natalina Reis

Petra has always chosen to see the best in people. Even her ex-husband’s extramarital affairs couldn’t destroy her faith in humanity. However, as much as she craves love, she’s not ready to trust another man with her heart.

While investigating Jonas Linden for millions of dollars in art fraud, Sam Corra’s clues lead him into the most unlikely of places—Jonas’ closet. Even less likely was meeting a woman there…a beautiful woman with honey skin and big brown eyes. Though neither of them divulge the reason they’re there, there’s an instant mutual attraction. And when Sam pursues her, he discovers the beautiful woman is none other than Jonas Linden’s ex-wife.

He’s on a mission to prove Jonas’ guilt. She’s determined to prove his innocence…

Unwilling to believe she had been stupid enough to marry a criminal, Petra attempts an investigation of her own, and unwittingly puts herself—and Sam—in danger.

When they both become pawns in a deadly game, money, art, and love are all at stake. 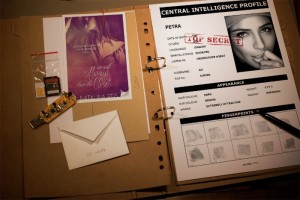 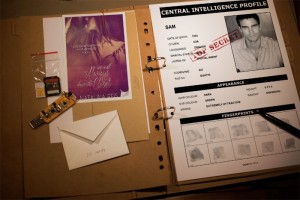