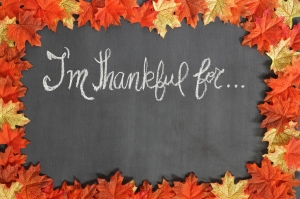 I’m especially thankful this year as I just released my second novel, “A Stone’s Throw.” I am posting this to thank my followers and the awesome authors I have met from Limitless Publishing and elsewhere. I  want to wish everyone a Happy Thanksgiving and share some personal thoughts about this past year. This post also appeared as a guest post on Ayden K. Morgen’s blog, and I read it at a Jenny Craig open house on Thursday night.

A year ago this November, I made a decision that changed my life, and it happened in an unexpected way. A co-worker at the library where I work had lost some weight on Weight Watchers. Having been on many diets on and off all my life and gaining the weight back plus more, I was hesitant to try dieting again. But seeing this co-worker and realizing I was at my top weight, 200+ pounds that is considered obese for a woman my height, 5 feet 3, I knew I had to do something. I was more concerned with my health than my looks at this point. I’d never had high blood pressure, but I was beginning to get borderline results. I also didn’t have diabetes, but it ran in my family.

Considering what weight loss program to give another try, I was close to enrolling in Weight Watchers. But before I did, I visited my credit union to make a deposit (I rarely do this in person, but I had to make some changes on the account that required me to go into the office). When I walked through the doors, I was greeted by a woman distributing a coupon for a free-month trial of Jenny Craig. I’d tried both Weight Watchers and Jenny Craig years ago with short-term results, but I figured I had nothing to lose by trying a free month. I took the coupon and made the appointment with a counselor to start my program. Having a center close to my home made it easier to attend the weekly sessions with a very nice woman named Lauren who made me feel welcome and was very supportive.

Following the program, I lost 10 pounds the first month and really didn’t feel hungry, but I knew that initial weight loss is usually high and tends to taper off. I was also not convinced I would continue to follow the program. The cost was also a bit prohibitive. In addition to the price of the food and the monthly program fee, it made a dent in our family budget, but my husband encouraged me to continue. He said that I couldn’t put a price on my health, and we would just have to cut back in other areas.

A few months into the program, I was losing steadily between the 1 to 2 pounds that Jenny Craig indicated was the norm for dieters following the plan. I began to have more energy, my blood pressure was no longer borderline, and I found myself writing again. I had stopped after self-publishing a novel several years back and hadn’t been able to find the time or inspiration to write another. I started with short stories and even enrolled in some online writing classes offered by Gale Courses that my library offered. Then I got an idea for another romantic suspense novel. In February of 2015, three months into my Jenny Craig program, I began writing “A Stone’s Throw.” Meanwhile, my weight loss continued. As the book grew, my body shrunk. My husband and Jenny Craig counselor were very proud, and I was feeling so much better.

I find it hard to believe, when I look in the mirror, that I’ve actually lost nearly 60 pounds and 12 clothing sizes this year. I can now shop in a regular department store instead of online through the specialty “large women” shops. I’ve also added exercise to my regimen and walk a mile a day to help burn up more calories as I get closer to my goal weight.

“A Stone’s Throw” was just released by Limitless Publishing.  I’m not sure if I owe its publication to the creative energy I developed as a result of my weight loss or if it’s just another sign of what you can accomplish if you are determined and have the support of others. I only know I’m thankful for having gone to my credit union that day last November, that I decided to give Jenny Craig another try, and that my husband and counselor were so supportive. In addition, the support of my fellow authors has been amazing. My Thanksreader’s Release party this past Friday was a great success with 25 authors participating and offering prizes and giveaways. There were scrumptious recipes included, and readers were actively involved in the contests and discussion. I am truly blessed and thankful to have had so many people help and support my book’s release.