Rhino once roamed the African continent in their thousands.  They comprised two species, the black rhino and larger white rhino, with genetically distinct northern and southern subspecies.

Both species are actually steel grey in colour.  The first difference between them is their size.  A white rhino female weighs about 1,700kg and the male about 2,300 kg, compared with a black rhino which ranges between 800 kg and 1,400 kg.

During the 1960s, Kenya was home to an estimated 20,000 black rhino but humans pushed the species to the brink of extinction and their numbers were slashed to under 300.  One of the worst years was 2013 when 59 rhinos were killed by poachers.  Through conservation, the species is recovering and Kenya is now home to over 600 black rhinos.  But they remain critically endangered.

Kenya is a pioneer of the sanctuary approach to rhino conservation, placing them in fenced-off areas under the close watch of armed rangers equipped with thermal imaging cameras and drones.

Leading the way is Lewa Wildlife Conservancy, and its western neighbour, Borana Conservancy, which removed the fence separating the two properties in 2014, to form 93,000 acres of prime black rhino habitat.

In 2019 Lewa-Borana were delighted by the birth of another calf, taking their black rhino population to 100.  They also have a significant white rhino population of 94.  Part of their success has been Lewa’s bloodhound tracking dogs who follow the scent of poachers after an incident.  This has led to arrests and acts as a huge deterrent.  Readers can find out more about these dogs, and Lewa and Borana conservancies, in book 4 of the Kenya Kanga Mysteries, Jackal & Hide.

The southern white rhino is listed as near threatened by the International Union for Conservation of Nature.  The subspecies was on the brink of extinction at the end of the nineteenth century with less than 25 animals solely in South Africa.  However, through successful collective conservation efforts, the population is now thriving with over 20,000 animals in eastern and southern Africa.  White rhino can be found across Kenya including Lewa-Borana, Ol Pejeta Conservancy and Solio Ranch.

Solio is one of my favourite places to spot Rhino as they are visible from the road which runs alongside the private ranch.  Solio has also been instrumental in breeding black and white rhino.

The northern white rhino is a far more tragic story.  Just two females remain in the world. They are Najin and Fatu who live under constant protection from poachers in Kenya’s Ol Pejeta Conservancy, in Laikipa.  Sudan, the last remaining male, died on March 19th 2018, effectively rendering the entire subspecies extinct.

‘During his short life, Ringo inspired hundreds of people all over the world with his playful antics and irresistible charm.  In simply being himself, he helped to raise awareness about the plight of rhinos in Africa…. Ringo achieved global fame in a very short space of time.  He was named after the musician and animal rights activist Ringo Starr, who was personally involved with supporting the rhino.” 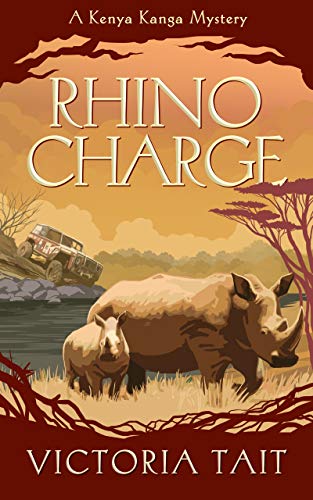 A treacherous race to stop an extinction. A mysterious death linked to the past. Can a silver-haired sleuth track down the clues in time to save a life?

‘Mama Rose’ Hardie has always fought to conserve Kenya’s precious wildlife. Officiating at an off-road fundraising race in the iconic Maasai Mara, she’s shocked when a vehicle crash claims the life of a friend. And worse still, this was no accident…

When another friend is accused of plotting a deadly sabotage, the clever amateur sleuth vows to clear his name. But with motives between teams reaching deep into an unfortunate past, the determined woman must work fast to track down the wily killer. .

Can Rose catch the culprit before more lives are endangered?

Buy Rhino Charge to set a trap for a callous murderer today! 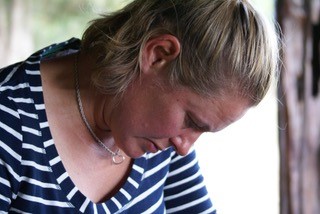 Victoria Tait is the author of the enchanting Kenya Kanga Mystery series. She’s drawn on her 8 years of experience living in rural Kenya, with her family, to write vivid and evocative descriptions. Her readers feel the heat, taste the dryness, and smell the dust of Africa. Her elderly amateur sleuth, “Mama Rose” Hardie is Agatha Christie’s Miss Marple reincarnated and living in Kenya.

Like all good military wives, Victoria follows the beat of the drum and has recently moved to war-scarred Sarajevo in Bosnia. She has two fast growing teenage boys. She enjoys horse riding and mountain biking but is apprehensive about learning to ski. Victoria is looking forward to the sun, sand, and seafood of neighbouring Croatia when the world returns to normal.

February 4 – I’m All About Books – SPOTLIGHT

February 11 – Escape With Dollycas Into A Good Book – REVIEW