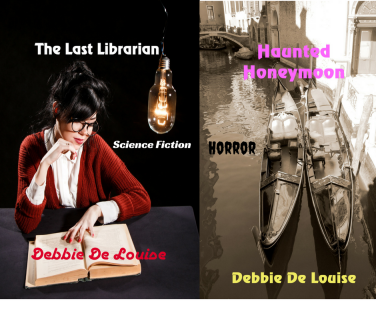 I’m proud to announce the release of two new stories  — a Science fiction tale about a future world where there are no libraries and a horror story about a scary honeymoon in Venice.

THE LAST LIBRARIAN – Can society exist without libraries?

In the year 2050, Dorina Reinhardt, employed as an Information Tutor after her job as a librarian became obsolete secretly shares print books after the Technology War declared them illegal. When a lost kitten turns up on her doorstep and a boy comes to claim him, Dorina is caught up in a dangerous mission in which the stakes may be too high and those who seem to be on her side may be the ones she should distrust.

Francesco and Gina are not your typical engaged couple. They met in a cemetery and spent their dates watching horror movies. But when Francesco suggests they honeymoon in a haunted house in Venice, Gina is shocked when she learns the place may actually be Francesco’s childhood home where his parents were murdered.

Don’t forget about my paranormal holiday romance that was released on January, 7th about a woman who travels back to San Francisco at the time of the great earthquake. 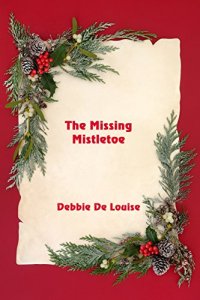 After her divorce, Anna moves to San Francisco where her sister Emily and her brother-in-law Tom live. Emily, a real estate agent, locates a beautiful Victorian home for Anna. The house’s history dates back to before the San Francisco earthquake of 1906. Emily has decorated Anna’s new house with festive decorations she’s purchased and others she found in a box in the attic. The only item she couldn’t find was a mistletoe. When Anna nearly trips on one of the steps to the second floor, she finds a mistletoe hidden in a recess underneath the stair. Hanging it up as her sister holds the ladder, she becomes dizzy and falls. When she awakes, Anna finds herself in 1906 San Francisco the day before the earthquake is scheduled to hit. The occupants of the house cannily resemble her relatives and her ex-husband and his girlfriend. Can she find a way to return to her own time before the earthquake strikes, or should she warn these strangely familiar people of the imminent danger?