It’s been a week of ups and downs for me. It started out on a heartbreaking note last Saturday when I had to say goodbye to my handsome 17-year-old cat, Oliver after only 4 1/2 short but wonderful years together. Oliver had been diagnosed with Chronic Kidney disease two years ago but had been leading a comfortable life up until August when a vet visit showed a weight loss of three pounds and some bloodwork revealed the progression of the disease to Stage 4. He remained asymptomatic, but cats are very adept at hiding their discomfort. I also noticed he continued to lose weight, especially in his hindquarters, despite eating well.

At the end of October, Oliver began acting very lethargic. He wasn’t mowing or purring and, while he still slept with me, he no longer came up by my pillow. He also had difficulty walking. His hind legs became weak, and he could no longer jump up on my bed but cried for me to lift him up. He become fussier with his food and would only eat boiled chicken or cat food heavy in sauce. Consulting a vet, we tried several days of fluid therapy, but there seemed to be no improvement in his condition. The last day of his life he hid on the floor behind my headboard, and I knew he was letting me know it was time for him to go to Rainbow Bridge. 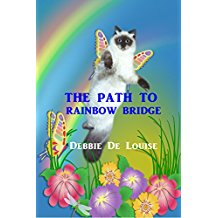 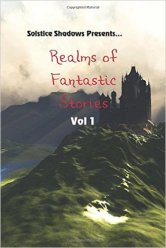 After I said goodbye to Oliver, in my sorrow, I thought about a story I had written last year for the Solstice Publishing fantasy anthology, The Realms of Fantastic Stories. It was also published as an eBook. The story was a tale about Rainbow Bridge, a place where pets are supposed to be reunited with their loving human after they die. I asked my publisher if this book could be put up for free in memory of Oliver. I had not intended the book to become a bestseller and never imagined it would become an International one, but it ended up being #1 in the U.S. Amazon category for fantasy and science fiction short reads and also in the top 100 in the United Kingdom and Canada. Although I made no money off these sales, I received two 5-star verified reviews and made many new friends worldwide, some of whom sent me private messages about the loss of their own cats. Amid my sadness, I was happy to know that I’d helped others who were grieving for their special fur babies. 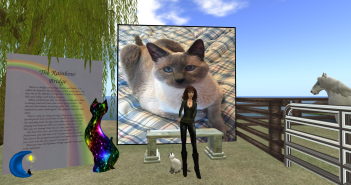 Something that most people don’t know about me is that, in addition to being a librarian and author, I also own and operate a pet memorial center in the virtual world of Second Life. I joined Second Life initially to meet librarians from around the world who were part of the Community Virtual Library group. However, a year after I joined, my cat Floppy passed away. With the help of a few other librarians, I created Rainbow Gardens Pet Memorial Center, a beautiful place that features a pet viewer with photos of real-life pets contributed by residents of Second Life. I’ve just added Oliver to the viewer. Although I’m not as active in Second Life as I used to be because of my writing and other offline commitments, I still maintain the memorial center by adding seasonal decorations and pet photos as requested.

There are other virtual memorials. One where pets can be remembered in a variety of ways is online at https://www.rainbowsbridge.com/

Although you can purchase an annual Rainbow Residency for your pet, the Monday candle lighting services are free. I will be participating in one for Oliver this Monday, November 12, at 9 p.m. Anyone who has lost a pet either recently or in the past can also join in. Information on how to do this is included at the website.

On a brighter note, some nice things happened to me last week. My publisher sent me the date I would start working with an editor to prepare my recently signed mystery novel, Reason to Die, for publication. 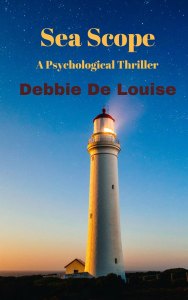 Amazon also approved my Kindle Scout campaign for my psychological mystery/thriller, Sea Scope, that is running until December 8. I’ve had quite a few nominations for this book already and am hoping to be offered a publishing contract at the end of the campaign. If this happens, everyone who nominated the book will receive an e-copy. For more information and to vote for the book, click on this link: https://kindlescout.amazon.com/p/2372SIVNZ28O0 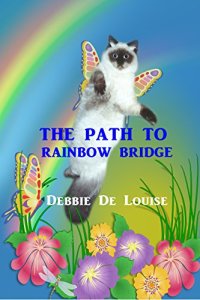 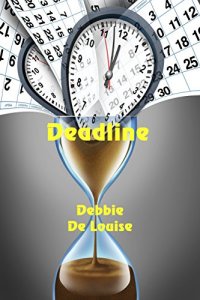 I’m pleased to announce that my short stories, THE PATH TO RAINBOW BRIDGE and DEADLINE that appear in the Solstice Publishing anthologies, REALMS OF FANTASTIC STORIES and PROJECT 9, VOL. 2, have been published individually and are available for free from Kindle Unlimited or for just 99 cents from Amazon.

THE PATH TO RAINBOW BRIDGE (from the fantasy anthology, REALMS OF FANTASTIC STORIES by Solstice Publishing)
A familiar poem to many pet lovers describes a place called Rainbow Bridge where pets go when they pass on and where their beloved human eventually joins them.  If you have ever lost a special animal companion and wondered if Rainbow Bridge actually exists and what it’s like, the answer is imagined in “The Path to Rainbow Bridge.”
This story, told from the cats’ point of view, takes place during preparations for an incoming resident – a woman named Kate’s elderly Siamese. The cat’s Kate has bonded with throughout her life also reside on Rainbow Bridge and are happy to welcome the new member of their fur family. However, a big surprise awaits one of them after the new cat arrives. Purchase the story here: http://amzn.to/2dr8Brx

DEADLINE (from the Science Fiction anthology, PROJECT 9, Vol. 2 by Solstice Publishing)
When college student Susan Shaffer wakes up on the wrong side of the bed in her dorm room, strange things begin to happen. Time seems to shift and draw her into an imaginary deadline that would rival those of the stories she writes for the student paper. Unable to face horrible news that she can’t remember happening, she traces the events of the last few days. Discovering the awful truth of why these hours are a blank, she must meet a deadline that is truly deadly. Purchase the story here: http://amzn.to/2cBVyXl

I am proud to announce that my short story, THE PATH TO RAINBOW BRIDGE, is featured in the newly released anthology, REALMS OF FANTASTIC STORIES.

Cats prepare for one of their kind to cross the rainbow bridge. A minstrel assists in protecting the kingdom he serves. A queen is in hiding… and other stories that will fire the imagination of all who enter this realm. 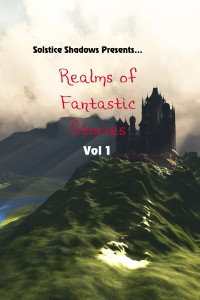 THE PATH TO RAINBOW BRIDGE (from the fantasy anthology, REALMS OF FANTASTIC STORIES)

available on Kindle Unlimited and will also be released in paperback. My story will be a Kindle Short, as well.

A familiar poem to many pet lovers describes a place called Rainbow Bridge where pets go when they pass on and where their beloved human eventually joins them.  If you have ever lost a special animal companion and wondered if Rainbow Bridge actually exists and what it’s like, the answer is imagined in “The Path to Rainbow Bridge.”

This story, told from the cats’ point of view, takes place during preparations for an incoming resident – a woman named Kate’s elderly Siamese. The cat’s Kate has bonded with throughout her life also reside on Rainbow Bridge and are happy to welcome the new member of their fur family. However, a big surprise awaits one of them after the new cat arrives.

If you enjoy the story, you might be interested in my first Cobble Cove mystery, A STONE’S THROW. It’s sequel, BETWEEN A ROCK AND A HARD PLACE, will be out this fall. 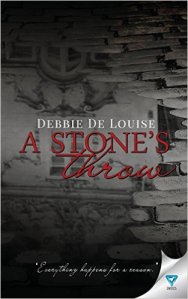 After her husband is killed in a hit and run accident, Alicia travels upstate to his hometown of Cobble Cove, New York, hoping to locate his estranged family and shed light on his mysterious past. Anticipating staying only a weekend, her visit is extended when she accepts a job at the town’s library.

Secrets stretch decades into the past…

Assisted by handsome newspaper publisher and aspiring novelist, John McKinney, Alicia discovers a connection between her absent in-laws and a secret John’s father has kept for over sixty years. But her investigation is interrupted when she receives word her house has burned and arson is suspected, sending her rushing back to Long Island, accompanied by John.

Back in Cobble Cove, cryptic clues are uncovered…

When Alicia returns, she finds a strange diary, confiscated letters, and a digital audio device containing a recording made the day her husband was killed. Anonymous notes warn Alicia to leave town, but she can’t turn her back on the mystery—or her attraction to John. As the pieces begin to fall into place, evidence points to John’s involvement in her husband’s accident.

The past and present threaten to collide, and Alicia confronts her fears…

Has she fallen in love with her husband’s killer?

Buy links for A STONE’S THROW:

Connect with me at: