The Physicists’ Daughter: A Novel
by Mary Anna Evans

About The Physicists’ Daughter 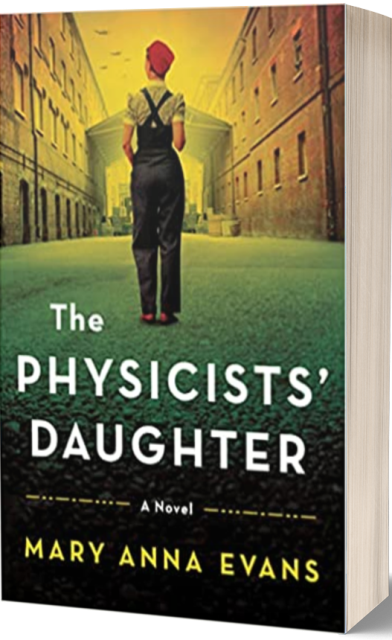 The Physicists’ Daughter: A Novel

The Nazis are no match for the physicists’ daughter.

Sabotage. That’s the word on factory worker Justine Byrne’s mind as she is repeatedly called to weld machine parts that keep failing with no clear cause. Could someone inside the secretive Carbon Division be deliberately undermining the factory’s war efforts? Raised by her late parents to think logically, she also can’t help wondering just what the oddly shaped carbon gadgets she assembles day after day have to do with the boats the factory builds…

When a crane inexplicably crashes to the factory floor, leaving a woman dead, Justine can no longer ignore her nagging fear that German spies are at work within the building, trying to put the factory and its workers out of commission. Unable to trust anyone—not the charming men vying for her attention, not her unpleasant boss, and not even the women who work beside her—Justine draws on the legacy of her unconventional upbringing to keep her division running and protect her coworkers, her country, and herself from a war that is suddenly very close to home.

It Never Hurts to Know How Things Work, or How I Came to Write a Historical Novel With the Very Science-y Title of The Physicists’ Daughter.

When I was in college, I had a chemistry book subtitled: “The Central Science.” The arrogance of that subtitle made my physics classmates snicker, as they were pretty sure that their science was the central one.

However, I’m going to go ahead and attract the slings and arrows of chemists by saying that physicists have a pretty good claim on the title of “The Central Science,” since physics describes the ways that the molecules of various chemicals move and connect and disconnect. At rock bottom, physics is about the way things work.

Since the long-ago time when I earned a BS in engineering physics, I’ve done a lot of jobs that don’t seem to have much to do with science at all. The job that seems furthest from my science-y background is writing novels, but I’m here to tell you that those studies come in handy every day. Let me say, once and for all, that my professors were correct when they said, “A degree in physics will prepare you for darn near anything.”

“How so?” you might ask. Well, in my experience, you come away from studying science, in general, and physics, in particular, with a deep appreciation for the relationship between cause and effect. And what better way to describe the plot of a page-turning novel than as a series of incidents that flow inexorably toward an exciting ending, from one event to the next? A reader wants to finish a story believing that it couldn’t logically have ended any other way.

Justine doesn’t accept situations that don’t make sense. When somebody tells her something that simply cannot be true, she looks for the truth. She is driven to find out why things are the way they are. Justine’s knowledge of science—her bone-deep understanding of cause-and-effect—is the thing that she brings to the fight against the Nazis. It is her secret weapon in the war against Hitler.

Because the Nazis are no match for the physicists’ daughter. 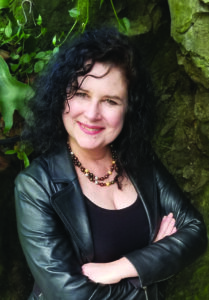 Mary Anna Evans is the author of The Physicists’ Daughter, the first in her series of WWII-era historical suspense novels featuring Rosie-the-Riveter-turned-codebreaker Justine Byrne. Her thirteen Faye Longchamp archaeological mysteries have received recognition including the Benjamin Franklin Award, a Will Rogers Medallion Award Gold Medal, the Oklahoma Book Award, and three Florida Book Awards bronze medals. She is an associate professor at the University of Oklahoma, where she teaches fiction and nonfiction writing, including mystery and suspense writing. Her work has appeared in publications including Plots with Guns, The Atlantic, Florida Heat Wave, Dallas Morning News, and The Louisville Review. Her scholarship on crime fiction, which centers on Agatha Christie’s evolving approach over her long career to the ways women experienced justice in the twentieth century, has appeared in the Bloomsbury Handbook to Agatha Christie (coming September 22, 2022), which she co-edited, and in Clues: A Journal of Detection. She holds an MFA in creative writing from Rutgers-Camden, and she is a licensed Professional Engineer. She is at work on the second Justine Byrne novel, The Physicists’ Enigma.

June 14 – Escape With Dollycas Into A Good Book – GUEST POST