In honor of National Lighthouse Day on Wednesday, August 7, I’m sponsoring a contest for a free paperback of my psychological mystery, Sea Scope, featuring a murder by a lighthouse. To enter, you must be a U.S. resident. Comment with the name of your favorite lighthouse, either a place you’ve visited or one you would like to see. All comments must be posted by Saturday night, August 10. The winner, who will be selected randomly from all comments, will be announced on Sunday, August 11. Don’t miss the chance to get a great summer read for free.

The Story Behind National Lighthouse Day

For the bicentennial of the United States Lighthouse Service in 1989, the U. S. Lighthouse Society petitioned Congress to declare National Lighthouse Day on August 7—the date in 1789 that the Ninth Act of the First Congress, establishing federal control of lighthouses, was passed and signed by President George Washington. The measure was signed by President Ronald Reagan as Public Law on November 5, 1988 but only for that day in 1989. A similar declaration was won in 2013, but efforts to add the day to the official national calendar have not succeeded.

Listed below are upcoming lighthouse festivals, events, and meetings that are featured on the website of the United States Lighthouse Society who provided information for some of the facts included in my book.

August 27 – September 14, 2019.  Highlights are cruises to many of the lighthouses of the Apostle Island.  Features landing, tours and hikes on several of the island.  Complete cruise schedule is available at: http://www.lighthousecelebration.com/

September 14, 2019. This popular event, which is sponsored by the United States Coast Guard, the Maine Office of Tourism and the American Lighthouse Foundation, attracts between 15,000 to 18,000 visitors each year and offers the general public the rare opportunity to climb and learn about over two dozen historic Maine lights. More information available at: http://www.lighthousefoundation.org/maine-open-lighthouse-day/

September 6 – 8, 2019. This annual three-day festival takes place at Lighthouse Park in Mukilteo, WA. In addition to tours and visits through our working lighthouse built in 1906, the festival features live music, the Mukilteo Marketplace filled with 50+ artists, the Avenue of Food, a large Children’s Area with non-stop activities, a beer garden and two dinners on the lawn at the lighthouse, complete with a spectacular fireworks show both nights. They host a Military and First Responders appreciation dinner on Friday night (all military and first responders welcome, please email exec.director@mukfest.com for an invitation). https://mukfest.com/

November 10, 2019. This annual event, from 11:00 am to 6:00 pm, commemorates the sinking of the freighter Edmund Fitzgerald and the loss of her 29 crew members on November 10, 1975. It is also a time to reflect on the memory of all lives lost in Great Lakes shipwrecks. The lighthouse, fog signal building and visitor center will be open. Costumed guides will greet visitors and provide historic site and shipwreck information. Throughout the afternoon, visitors can view a film about the Edmund Fitzgerald in the visitor center.

At 4:30 pm, the lighthouse will close temporarily while the names of the crew members are read to the tolling of a ship’s bell and the Naval Hymn is played. Following the ceremony, the beacon will be lit, and the tower will be open again to tour. This is the only opportunity each year when visitors can climb the tower after dark and see the lit beacon. More info at http://www.mnhs.org/splitrock/activities/beacon-lighting

August 2, 3 & 4, 2019. The Michigan Lighthouse Festival begins August 2, 2019 in Port Huron at Fort Gratiot Lighthouse with an “awesome” Buffet Barbecue under a tent and a very “special speaker”! The following lighthouses will be participating, some with a “special event” to be announced at a later date. Huron Lightship, Port Sanilac, Harbor Beach, Point Aux Barques and Port Austin. http://www.michiganlighthousefestival.com/

Michigan has an array of festivals that celebrate its deep maritime heritage. Michigan’s port cities roll out the red carpet and provide you with a fun filled collection of memorable experiences with a nautical flare. http://www.michiganlighthouseguide.com/festivals.html

August 17th & 7, 2019. The Port Clinton Lighthouse Festival is an annual event which coincides with International Lighthouse and Lightship weekend every year near August 7th. The one-day festival features lighthouse tours, nautically themed art and educational programs, arts & crafts vendors, food, music and stunning views of the Lake Erie Islands. The lighthouse will be activated with an amateur radio station during the festival.  If you want to tune in or contact them via amateur radio frequencies, you will need to find a ham radio operator that can operate on the 40 or 20 meter amateur radio frequency bands. For details on the Port Clinton Lighthouse Festival go to http://portclintonlighthouse.org/2019-festival/ and for more info about the amateur radio activation go https://www.qrz.com/db/W8GNM/8. 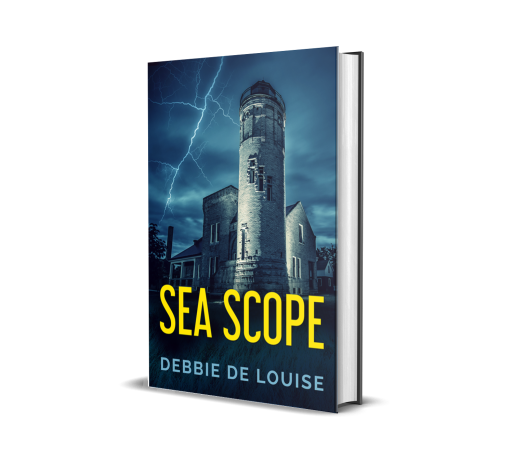 Sarah Collins needs an escape. Mourning her brother’s death and the impending breakup of her marriage, she accepts an invitation to return to her childhood home in South Carolina, where her family operated an inn.

She hasn’t been back to Sea Scope for twenty years; not since she and her brother Glen discovered a body by the nearby lighthouse. She never understood why her parents left Sea Scope so suddenly, or the reasons behind her father’s suicide.

After Sarah returns to the inn, she faces long-buried memories, text messages and strange clues. Something is not right in Sea Scope.

Reunited with people from her past, she tries to figure out what’s going on in her childhood home. As the past and present collide, she must face truths about her family, and what happened that summer day by the lighthouse. But will she survive to tell the tale?